How I Became Obsessed With Business Innovation For Distributors

My business changed completely while I was standing on the deck of the USS George Washington as it was streaming through the middle of the Atlantic Ocean. That’s the moment that would turn my company from a general business consultancy to one that has become a significant catalyst for distributors.

In 2004, I founded We Do Care, a nonprofit to support our troops. I truly believe we owe those who have worn the cloth of our nation just about everything, so I try to give as much as I can. Among other things, we organized 9.11-mile runs that went global, with supporters running simultaneously in Illinois, Guantanamo Bay, Saudi Arabia, Germany, NATO headquarters, and even Iraq, and Afghanistan.

As a result, then-Secretary of Defense Donald Rumsfeld invited me to be one of 40 individuals to immerse ourselves into the US military through the Joint Civilian Orientation Conference. As a member of JCOC 75, we received briefings at the Pentagon before spending the next week visiting our troops at Guantanamo Bay, Columbia, Honduras, and Key West.

So it was part of this tour that I found myself on the deck of the USS Geroge Washington, where I met Saul Kaplan, founder of the Business Innovation Factory in Providence, Rhode Island.

Saul is a self-proclaimed innovation junkie who believes in the power of random collisions, which is actually a pretty apt description for our meeting. We collided in the middle of the Atlantic Ocean, at a place neither of us ever imagined being, and started a friendship that opened my eyes and changed the trajectory of our business and, I believe, is making a dent on all of wholesale distribution.

When Saul told me about his TED-type Business Innovation Factory annual conference, I knew I had to attend.

The conference is held at the Trinity Repertory Company’s theater in downtown Providence. It’s an old historic theater with about 300 seats stacked high, leaning over the stage, typical of seats in those really old theaters. It’s really the last place you would expect a business meeting to be held, yet the collision of historic aesthetics and cutting edge ideas built a unique atmosphere.

On stage, speakers rotated through their ideas quickly. Nobody spoke more than 18 minutes and the only thing they had in common was the word innovation. One moment, I was listening to a social entrepreneur discuss how they had to innovate to help the victims of Katrina and the next moment I was listening to the VP of design of innovation for a large technology company

On day two of the summit, as everyone filed out to go to lunch, I sat in my seat, thinking about the conversation on stage and the 25 years of conversations I’ve had with distributors when it dawned on me: The two had not collided. We were not having these kinds of conversations in the boardrooms I visit, and that’s a very big problem. One thought was screaming in my ears. 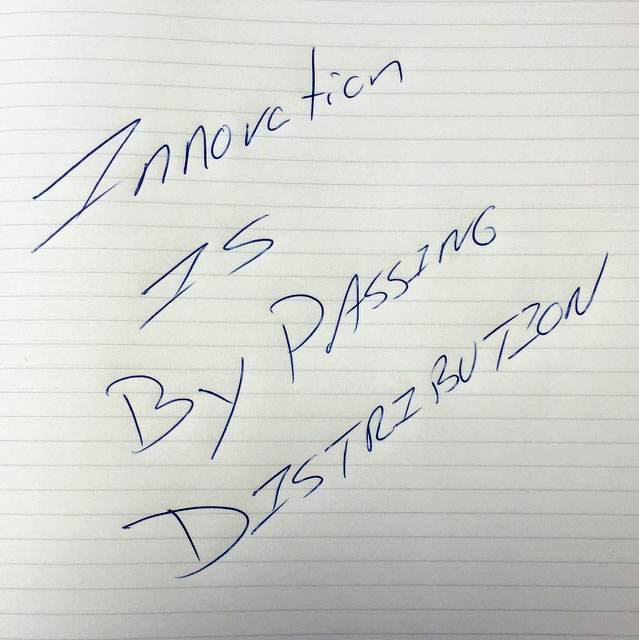 With this epiphany lodged in my mind, I began calling my network of distribution leaders and in no uncertain terms, they reinforced my epiphany. They told me that distributors were unprepared for the future. They needed a catalyst for change. As I was thinking, researching and absorbing this world-rattling information and fresh perspective I fully realized that there are fundamental, macro, and foundational forces changing the way business is and is going to be done.

As I absorbed this information, I felt the weight of it all. Not only was this entire multi-trillion-dollar industry at risk, but more importantly, those independent, privately-held, many family-owned businesses that I had worked with for the last 25 years were at risk. I realized that this was my calling.

This calling led to the very first Innovation Summit in 2012, which was a failure in terms of registration. We only had 30 people. Having lost six figures, I had to lay off three people on my staff. It was, in all honesty, a little gutting. I felt I was being called to bring innovation to the distribution industry, yet it nearly ruined me trying.

There were two things that came through that experience though.

It was that little clip that sustained me right after my first summit. I did love what I was doing. I did then and still, more than ever, know that the market needs the summit. I just had to wait for the wave, I told myself.

Well, I think the wave is finally here, and I could not be more grateful I waited for it.

Since then, we have seen this innovative idea spread. My company has grown. I wrote my book INNOVATE! to build the case for innovation during these disruptive and rapidly changing times. I developed the concept of the Innovative Distributor to help guide businesses through the process of innovation in a holistic way, from the ground up and focused on providing unprecedented value to their customers.

We’ve practiced what we preached and helped a multitude of customers transform their businesses, helping to bring them back from bankruptcy, or expand their offerings and infrastructure to compete with much larger billion-dollar companies.

We continue curating and producing the summit, and the attendance grows each year. It’s tripled at this point, but is poised to expand further. Through the summit, we’ve seen a tribe come together. We’ve seen these like-minded distributors, obsessed with innovation, change and growth that meets the demands of this new age. And they have asked us for more; they have asked us how we can keep the conversation going, how they can be immersed in the feeling of the two-day summit all year.

So now we’re kicking off our weekly email to unleash your mind from the drudgery of the day-to-day and get some perspective to think creatively. We’re going to be sharing stories from the road and from our tribe, people who are doing it right in distribution.

So here’s what I want to do: I want to invite you to join us. Here’s the honest truth of this innovation business: This stuff is fun. There’s a thrill to developing new ideas and processes and watching them come to life. It’s a joy to integrate new ideas and customize them for your business. It’s incredibly satisfying to see how your efforts pay off in improved customer experience, happier employees and boosted revenue.

Join the new wave of innovation in distribution. We would be nothing but happy to have you. 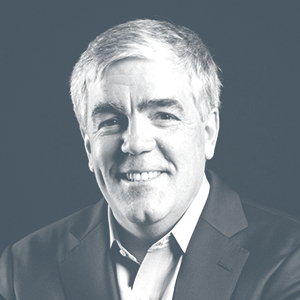 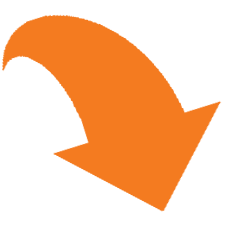